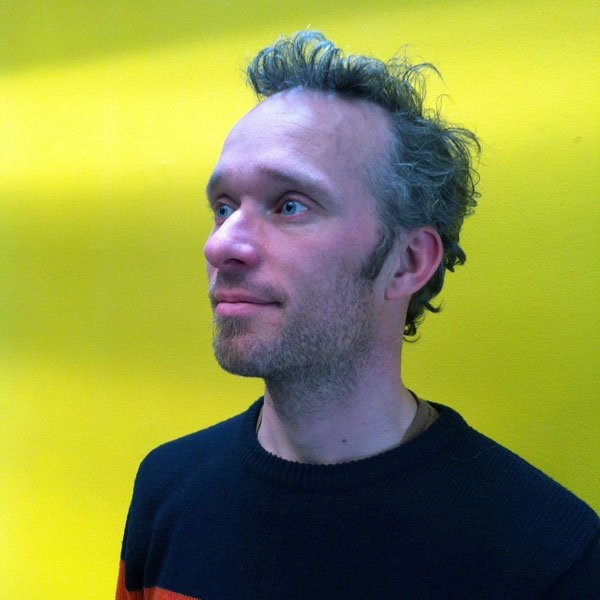 Stijn Ossevoort is a Dutch designer who has been working for fifteen years as an artist/engineer to develop interactive future visions for clients such as Prada, Nike, Ron Arad Associates, Hewlett Packard and Philips.
In 2004 he joined the wearable Computing group at the Swiss Federal Institute of Technology (ETH) in Zurich on various wearable-computing projects, such as the first truly wearable computer “QBIC”. Shortly after he worked as a free-lance designer for Philips to create fully functional future fashion visions such as the “Bubelle” and “Frisson” dresses.
In the last five years he has been working part-time for the University of Applied Science and Arts in Luzern as a lecturer on the BA and MA courses Design Management, Product Design and Textiles. At the moment he is setting up his own design agency to generate projects which continue to challenge our future visions.

I have always used my design and engineering skills to create working prototypes that generate awareness. To me wearable items hold a special place within the world of designed objects, they allow us to express or hide our emotions or give way to exchange our thoughts. People like to share their wearable experiences, fantasise about their appeal, dream about them and imagine ways they would like to dress themselves up.
I will briefly present my former work (Bubelle, Flare) and explain how these envision a critical view on our society. Afterwards I will present my latest project, the “Sacre Coeur Coat”.

Parasitical Objects:
Traditionally, the use of objects is described from a very unilateral point of view; people use (abused or disuse) objects. I would like to question what happens when objects become self minded.
Recent technological advances allow products to intervene in the process of usage. For instance, more cars are equipped with Adaptive Cruise Control, which corrects the speed of the car if the driver advance too close to the car in front. We are only a small step away from self-minded objects. What lacks is a motive for the product to achieve a goal not aligned with the intensions of the user.

Sacre Coeur Coat:
The Sacre Coeur Coat is first object of a family of “parasitical objects” that have a strong urge to achieve something not ordinary shared with the user.
Sacre Coeur “steals” the wearer’s heartbeat; it is equipped with electrodes, which analyse the wearer’s ECG signal and amplify it as pulse visible on the outside. It allows the coat to become unusually personal and questions whether other people would dare to wear the coat. The coat could even become an icon if the person is not amongst us anymore.
To me, design is at it strongest when the examples do not remain critical objects but become desirable and functional everyday objects. The coat is a fine example of fashion menswear. It is presents a duality which reflects current social issues, a cut, based on military clothing traditions, embroidered with the symbolism of the sacred hearth depicting love and compassion towards humanity.